Liar Liar Pants on Fire: Why Kids Lie and What You Can Do

Your six-year-old just told you that she did not write her name on the wall but her name is very clearly written on the wall in her handwriting. Either there is a tiny gnome living in your house with the same handwriting as your child, or she just told you a lie. While many parents may jump to the conclusion that their child is growing up to be a pathological liar, the truth is that her lie is completely normal behavior. All kids will fib or stretch the truth at some point in their early years and there are many reasons for this.

Hint: You failing as a parent isn’t one of them.

A primary reason that young children lie is that the line between truth and deception if very thin and they can’t always tell the difference between reality and fantasy. Many kids will tell a story that couldn’t possibly be true but underneath that story is a kernel of what the child wishes was true. Maybe your 8-year-old didn’t beat up the whole football team but he wishes he was strong enough to handle difficult social situations.

There are certain, let’s say, acceptable untruths in life but children cannot differentiate between types of lies. For example. Santa Claus, The Easter Bunny, The Tooth Fairy, The Elf on the @#$% Shelf – these magical characters all threaten to put a hole in the tapestry of truth we’re trying to create for our children. These are technically lies, but magical lies are okay, right? We can debate the ethics of that another time, but the bottom line is that developing minds don’t see the difference between acceptable and unacceptable lies yet.

Another big reason is impulsivity. As anyone who’s ever been a child, had a child, worked with a child, or sat next to a child on an airplane knows, kids often act before thinking. Lies will sometimes just shoot out of their mouths before they’ve thought it through. Then once the lie is out there, they feel compelled to defend it, even when mom or dad aren’t buying it.

Often children will lie to get something they want, such as, “I cleaned my room, can I go outside now?” You and I both know, there’s a 60-80% chance that room is not clean.

The most common reason young children lie is to avoid getting into trouble or facing a consequence. “I didn’t do it!” in the face of conclusive evidence to the contrary usually means that a lie is easier than facing mom or dad’s wrath or losing their precious iPad for the day.

As they get older and more clever, kids will experiment with being dishonest to get out of something they don’t want to do. “Nope, I don’t have any homework tonight.” seems like an awesome way to get your parents off your back for the evening. The consequence of having to face the teacher tomorrow is far enough away to justify the lie.

Starting around kindergarten, a lot of children work pretty hard to impress their peers. “Yeah, I have a thousand LOL Surprise Dolls!” (Can anyone explain to me why these toddlers are wearing fishnet stockings!?) This can lead to lots of tall tales and exaggeration that isn’t intended to be malicious.

To avoid embarrassment, protect others, or prevent retribution, children will often lie about the seriousness of something that they or someone else did. “It wasn’t that big of a deal, he only hit me once.”

What You Can Do 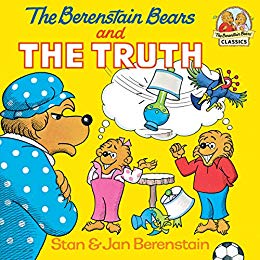 Not too old-school to be cool, The Berenstain Bears have been teaching life lessons adorably since 1962. For kids between the ages of 4 and 8, this story is relatable and gives kid-friendly reasons to tell the truth. 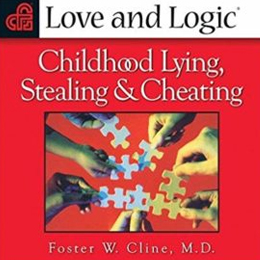 This audio CD sums up what’s normal and not when it comes to dishonest behavior in kids and gives Love and Logic-based strategies for responding to and preventing lying, stealing, and cheating in your home. 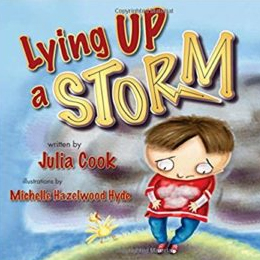 Written by a counselor and parenting expert, this storybook helps kids and parents alike navigate the struggle of learning to be honest.

While lying is a developmentally normal behavior that most children will experiment with at some point, chronic lies or dangerous lies can indicate a more serious problem. If you think your child’s lying is abnormal or it does not get better using these strategies, call QMG Behavioral Health Reception at (217)222-6550 ext. 3418 to schedule an appointment with a therapist.